The name Ruby-Jo was generated from the names of the PARENTS of the founder Miss Adina Brown ( a Clinical Pharmacist by profession, and a firm believer in high quality education and high standards)

Ruby was herself a teacher, and a very disciplined individual. Teaching was her first job after completing standard seven in the late 1940’s.  She was so passionate about education and teaching that after a hard day’s work  in the classroom she would come home  in the evening and ran her own evening school, as she used to called it, for the adult population in the Agbogbloshie enclave where she lived at the time. She believed everyone should be able to read and write, at least their names so she taught Numeracy and Literacy. Towards the end of her life she re-kindled her passion for teaching, with the intention of starting a nursery school, but that wasn’t to be.

Joseph was just as passionate about education. He believed it is the best legacy he could leave for his children.  He would say, it is a legacy, unlike properties and wealth that no one can physically fight you or wrench away from you unless they get into your head and that is impossible. One cannot lose ones education, but you can lose properties and wealth.

The piece of land on which the school stands today was acquired by  Madam Ruby, so what better name to give the school than Ruby-Jo, in honour of them both.

The school opened its doors to pupils on the first of February 2016, and have classes from crèche to basic class four as of September 2020. Each year a new class is added on. 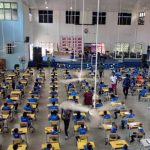 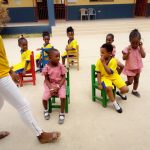 The Importance of Quality Preschool 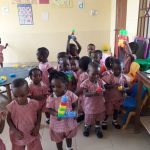 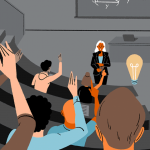 Ruby-Jo Education Centre provides quality Christian education within a multicultural community, developing students of integrity who can change the world for God’s glory.

The Importance of Quality Preschool

Connect With Us Here

This site is Powered by arctonhost and Design by EATECHNO